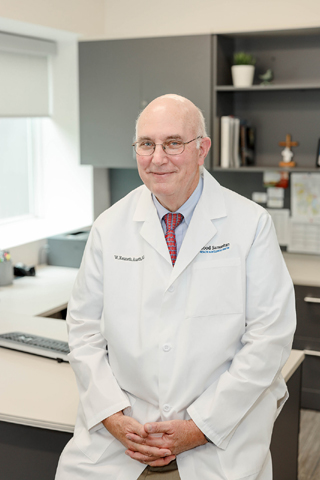 Dr. Kenneth Austin received his Bachelor’s degree from the University of Georgia and his Doctorate from Medical College of Georgia in 1977. He completed his internship, residency and fellowship training at West Virginia University Hospital. He is Board Certified Cardiologist and has worked in the Pickens community for over 15 years. Dr. Austin been a Good Samaritan Volunteer provider since 2015 and in April of 2018 he joined our staff as the Chief Medical Officer.

Dr. Austen has been married to his wife Margo Perrow for 46 years. Together they have two sons and four grandchildren. In his spare time he enjoys golf, baking fudge, breads, cakes and cookies. He received his pilots license in 1971 and has landed in all lower 48 states. 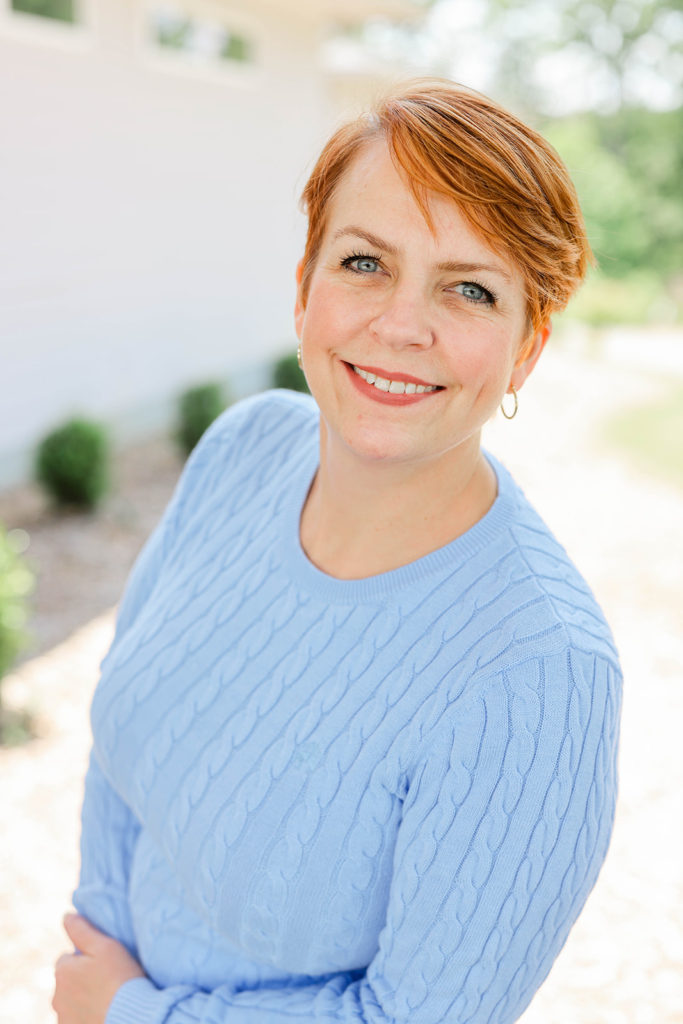 Dr. Owens-Schnars received her degree at the Medical College of Georgia, is a Board Certified Internist, and has worked as a Hospitalist at Piedmont Mountainside Hospital for 15 years. She says, “I am so thankful for being welcomed into the Good Sam family!” 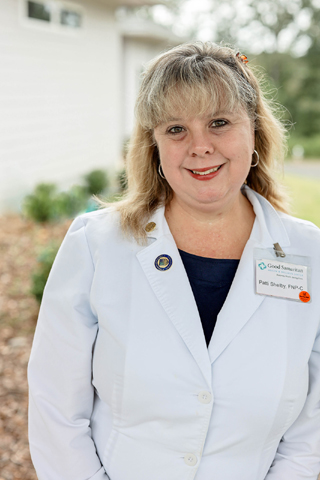 Patti Shelby started her nursing career in 2010. Starting out at Chattahoochee Technical Institute, she became a Certified Nursing Assistant at Kennestone Hospital while working on her core curriculum. She transferred to Chamberlain College of Nursing in Atlanta to earn her Bachelor’s of Science in Nursing in 2015. She then transferred to Cartersville Medical Center where she worked on a busy Medical-Surgical Unit, which incorporated psychiatric and pediatric care. Later that year, she returned to school to start her graduate program.

Returning to Chamberlain College of Nursing, in 2018 she graduated with her Master’s of Science in Nursing with a specialty in Family Nurse Practitioner. Patti was a student at Good Samaritan during her last year of the Master’s Program. She instantly fell in love with the mission of this clinic. Knowing where she wanted to work, she volunteered here as a nurse until she received her license. Upon receipt, she was offered a full-time position.

Patti loves her patients and especially loves geriatrics, diabetes, respiratory, and cardiology. Patti lives in Paulding County with her husband and two Golden Retrievers, Teddy and Ollie. She has three grown children. She enjoys swimming, reading, and spending time with family. 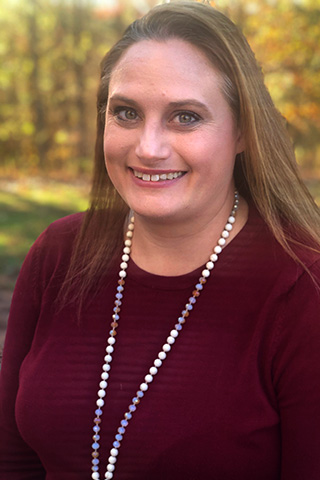 Haley received her Bachelor in Nursing from Kennesaw State University. She then worked as a labor and delivery nurse with Women’s Center Care for 12 years. In 2017 she received her Master’s in Nursing, Family Practitioner from Chamberlain College of Nursing. She has been with Good Samaritan since 2018 and we are so happy to have her. 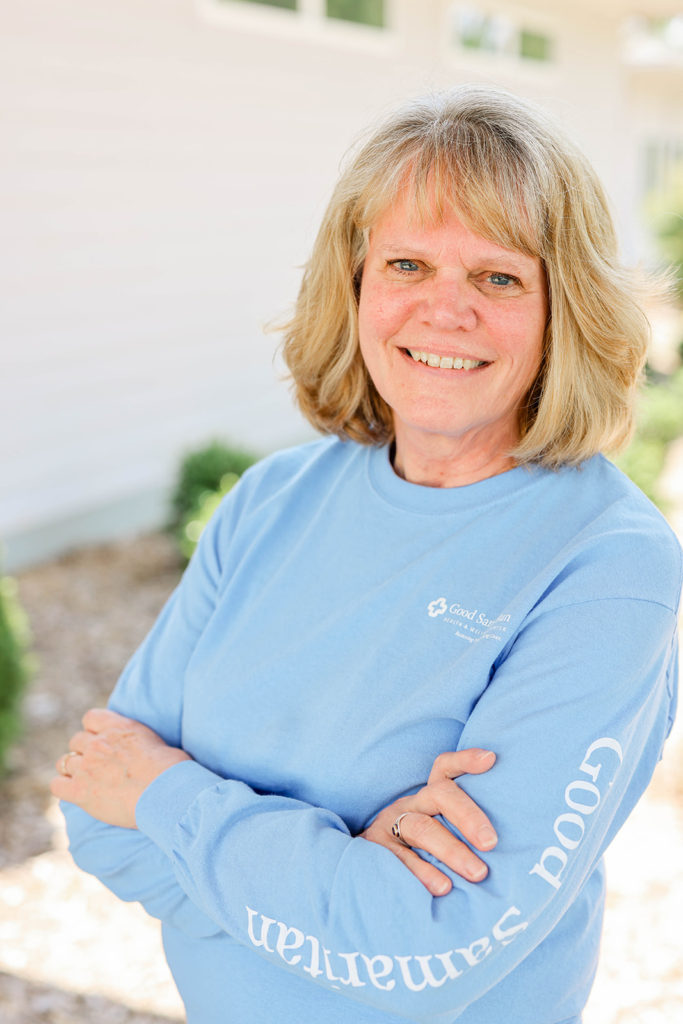 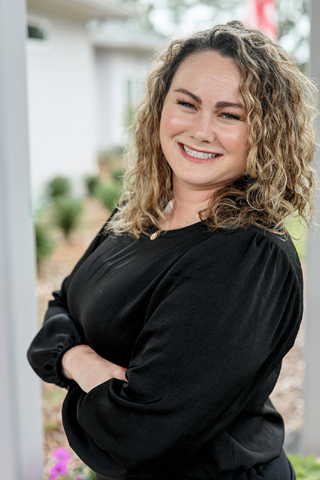 Julie joined the Good Samaritan team as the Behavioral Health Director in April of 2020. As a practicing therapist at Good Samaritan, she helps to identify and treat mental illness, as well as provide support, encouragement, and guidance to clients to optimize and maintain their mental health. She utilizes a variety of techniques and skills drawn from therapeutic modalities including CBT, Solution Focused Therapy, Psychoeducation, Mindfulness, and Self-compassion.

Julie began her social work career in 2010 and has since worked with the Division of Aging Services and WellStar Health System in the fields of case management and medical social work. She received a bachelor’s and master’s degree in social work from the University of Georgia with an emphasis in clinical social work and mental health. She completed her supervision and training to obtain her clinical licensure in 2019.

Julie is a Pickens County native. She currently resides in Talking Rock, Ga. with her husband and daughter. 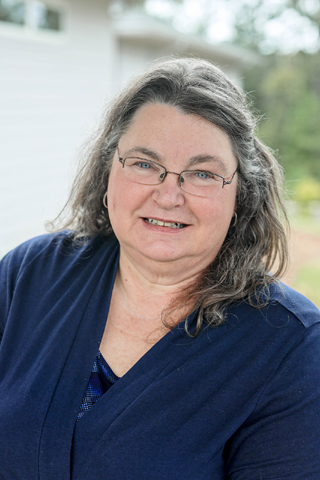 Carol Spencer is one of the Licensed Clinical Social Workers at Good Samaritan Health and Wellness. Carol was born in Binghamton New York, and first attended college in the State University of New York where she received a degree in Horticulture and Science Education. Eventually, she wound up in Orlando Florida where she had three children and then two grandchildren. While in Florida, she attended the University of Central Florida and earned another Bachelor’s degree, this time in Social Work, and then her Master’s Degree in Social Work.

Carol began her counseling work in Orlando, working with the elderly, then HIV patients and eventually addictions. She became a Master’s Addiction Counselor and worked in an inpatient addiction treatment program where she worked with women who were addicted and some who were victims of trafficking. She then moved to Marietta, where she worked with the Drug Court of Cobb County and finally landed at Good Samaritan. In addition to seeing patients dealing with addiction she sees people with a variety of mental health concerns.

Carol has numerous hobbies and interests including travel, reading, gardening, archaeology, crafts, sewing and spoiling her grandchildren. She has traveled extensively and has been to many countries including China, Egypt, Greece, Turkey, Italy, Germany, Russia, and in Central America.

“I love it here at Good Sam. The staff is supportive and helpful and truly work in the best interest of the patients.” 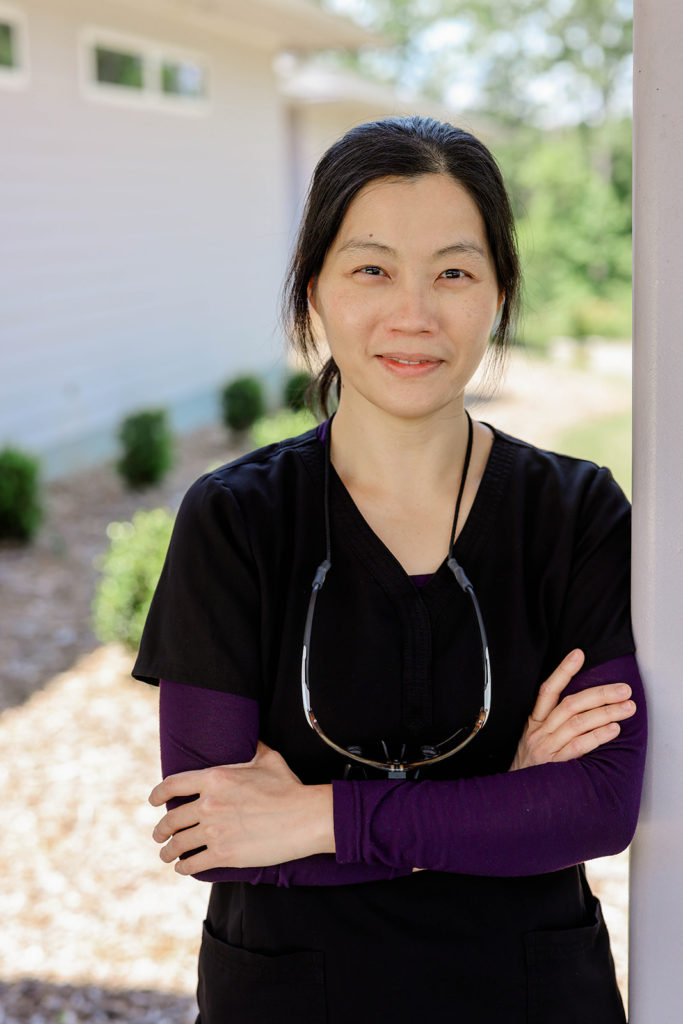 Dr. Hsu received her Doctorate of Dental Medicine from Nova Southeastern University in 2012. Since then she has worked in many areas of dentistry and for the last five years worked with a mobile dental care clinic. Dr. Hsu has been a wonderful addition to our clinic and we are excited to have her as part of our staff. 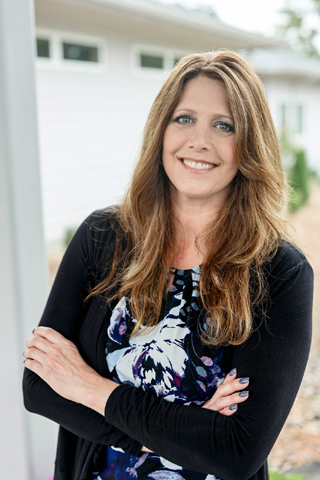 Kelly Hardin received her Bachelor’s in Pharmacy in 1996 from Philadelphia College of Pharmacy and Science and has worked as a staff Pharmacist and as Pharmacy Manager for 24 years. She began working as Good Samaritan’s Pharmacy Director in 2017. 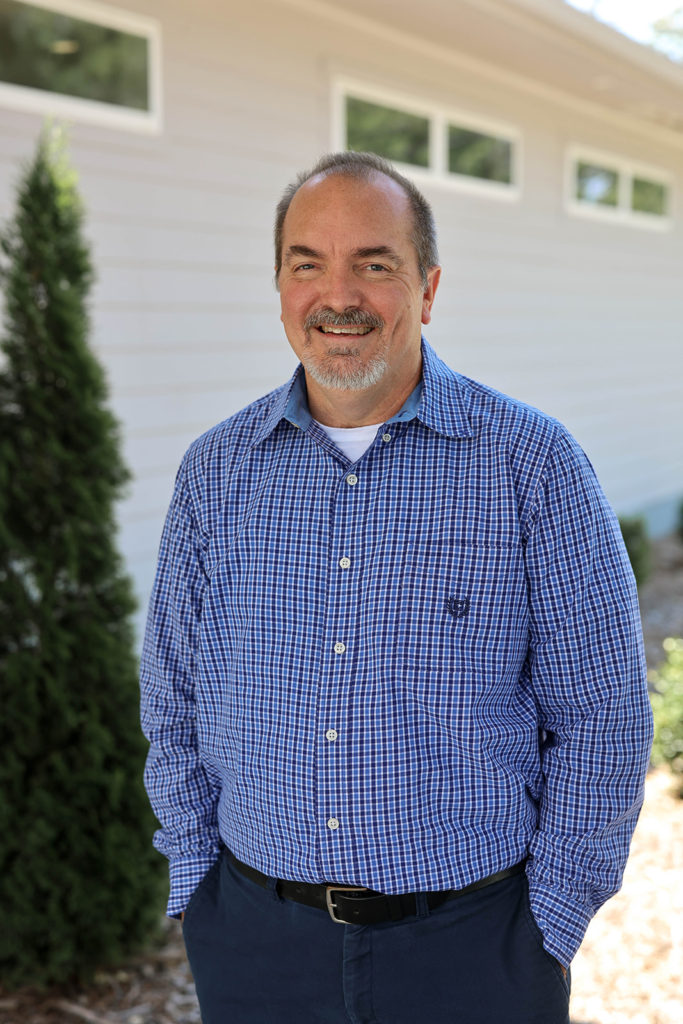 Jeffrey Edwards received his Doctorate in Pharmacy from Mercer University Southern School of Pharmacy in 1996. He has worked in many Pharmacy settings over the last 27 years.

This health center receives HHS funding and has Federal PHS
deemed status with respect to certain health or health-related claims, including medical malpractice
claims, for itself and its covered individuals.